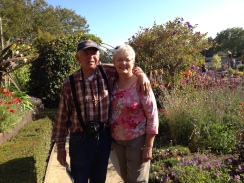 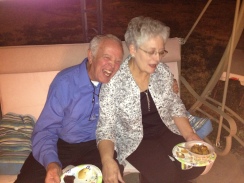 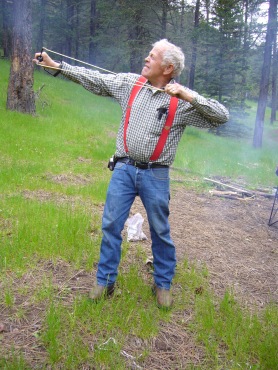 4:54 on Christmas morning 1984, I’m 8 and I’m up! Santa has been to my house and he left a new train set that smokes, lots of candy and as always an orange at the bottom of the stocking. I check it out, and immediately go wake up my brother and sister who have to be as excited as I am to see the magic that has happened in the living room!! They aren’t interested quite yet, so I run in and tell mom and dad about it…yes, yes…isn’t that wonderful? I go back into the living room and start setting up my train set. Then they all trickle in little by little and the magic is repeated. Never so much as when you are a child at Christmas is magic so alive…so much a part of your life.

Fast forward five years and part of my Christmas was late. It was the day after Christmas and all was done when my dad walked in and handed me a box. It was cold outside and he had a cup of coffee in these  little convenience store coffee cups he always used. I could smell the cold coming from his clothes and I saw the sunlight beaming in the door behind him. He turns to talk to someone else and I open the box. It is all so vivid in my memory as I opened the box with the Panasonic alarm clock with green numbers that I had seen in the Sears catalog and mom and dad had ordered for me. I looked up and he was talking to someone else, but he and mom got a hug and I was off to set up the clock.

Thirty years on and its 4:54 am. I’m still the first one up…not sure if that is a blessing or a curse, but you can accomplish an awful lot before anyone else stirs…the magic is about to happen. Our kids are safe and sound, asleep in their beds and it is my daughter who will be the first one up. She will go and tell the other kids about the magic that has happened in the living room. She will try to get everyone to come and see and slowly we will all trickle in. We will see what Santa brought and open our gifts. It will be magical again.

The spirit of Christmas lives on in each child and we get a glimpse as it flashes through them. The magic of the morning isn’t in the stuff, it isn’t in the snow, it isn’t in the tree or the traditions. The magic of the morning is the great gift that we have received. The grace that comes from receiving the greatest gift we could in a totally unexpected form, the grace that comes from a father willing to sacrifice immeasurably for his children, knowing that they couldn’t understand it and wouldn’t ever truly appreciate the sacrifice.

As I look back in what will be the first Christmas day I have ever spent without my dad on the planet, I think about the other side of the Christmas. The 1980s when we were broke with every other farmer in the country and mom and dad struggled to make Christmas happen. The years where he lost his parents, the days when he struggled, the moments where he was hurt by me and the moments where things he said and did hurt me. I realize now that I didn’t see all of the trials and tribulations that he was going through. The tough days that you try to avoid and the moments where you finally appreciate the beauty of the gifts your father gives. Today I realize that its not an alarm clock, a toy train or any other tangible item. The gift is the day that your dad tells you, “We’re burnin’ daylight”. The gift is the moment where you realize its time to stand up to him for the first time. The gift is the moment where he pushes too far and you have to push back. That tenacity, that fighting spirit, that sheer will is crucial to getting through tough days like today. When I thought he was being a jerk, now I know he was preparing me for today.

I didn’t always appreciate my dad while he was here. I couldn’t understand and wouldn’t ever truly appreciate his sacrifice. But we loved each other. In the tough lessons he never left. In the hard times he kept working. In the desperation of $10,000 in medical bills and a crop that was bountiful, but the price was pitiful…he pushed forward. That is what I take from my fathers legacy. Just keep going.

Dad-You are loved, you are appreciated…and now you are free.

Christmas 2018 is gonna be different, lets do it!

3 Responses to Christmas by Dad.