Hello, this is nature calling… 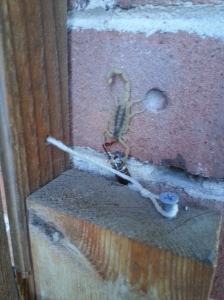 As the clouds billow up over the Capitans and the rains prepare to fall in the Pecos Valley I think of the eons of time before computers, cars and cell phones. When we were free to be human…one with our environment. Now we seem to be somehow distant from the coyote’s cry. If the first wolf had walked up to us today instead of millennia ago I wonder if we would be too busy with our technology to realize that man’s best friend was presenting himself to us. Is it possible that we wouldn’t have discovered that the small honey bee makes the best possible sugary treat. Could it be that all we need would have been missed and we would have long ago ceased to exist since Google might not have explained how to make a shelter out of a cave or start a fire with friction.

The kids of today Google everything, and aren’t I just as guilty? I check my bank account in the morning along with e-mail and Facebook. Then I go to work and e-mail, order, search and plan all day on the computer, making spreadsheets and writing letters…scheduling students into classes and showing them how to apply for college. After work I come home and spend some time with my family while we cook dinner, then more often than not we watch a movie. Incessant noise from devices of our own creation. They have become our shackles. We are no longer a free an independent people, but a people that rely on machines to do a variety of things for us. How do I post this to my blog if I don’t have a computer? How do I watch my favorite show without Netflix, the internet and on a 55 inch television. How do I go out to do work without Pandora to play music for me or Digital Audio to read me a book. I am waiting for the parent who tells me that they put their children to sleep using an audio book. I know it can’t be far now.

These tools are useful when controlled…but all too often they control us. We are numb to the world as it is, to the thunderhead rising over the mountains, the ants going about their lives in their subterranean hives, the beauty of a sunny day and the peace of a winter’s night. We go constantly and forget altogether the beautiful things of nature. When we are confronted with them they almost scare us until we realize that we have seen that before, that we remember a time before computers and cell phones, netflix and internet. What about the next generation? Will they know what to do outside or will they work to live their lives in a network of games and online social interactions? Will they see the natural world as it is, or as a unplanned, unclean mess that they must endure to be able to get from clean, air conditioned place to clean air conditioned place?

Put down the computer and pick up a book. Run and play with your dog. Pet the cat. Unplug…get in touch with nature and at the same time, get in touch with your soul. As the wind kicks up I know that the thunderhead of a few hours ago is growing in vengeance and anger…and its time to go meet the beast in its world and see the world as it is, not as my Avatar claims it to be.

Eventually, all things merge into one, and a river runs through it. The river was cut by the world's great flood and runs over rocks from the basement of time. On some of the rocks are timeless raindrops. Under the rocks are the words, and some of the words are theirs. Norman Maclean, A River Runs Through It and Other Stories
View all posts by Hiram →
This entry was posted in This is living! and tagged computers, family, go play, humanism, technology. Bookmark the permalink.

1 Response to Hello, this is nature calling…